A notable student of Hamada Shoji, Shimaoka Tatsuzō, built his own studio and kiln in Mashiko and succeeded his mentor in representing the town and its pottery. In 1996, he was designated a “Living National Treasure” in Japan. Shimaoka frequently employed a technique called mishma, derivative of traditional Korean Yi dynasty ceramics. By pressing rope-like cords into leather-hard clay, the potter would create patterns of ridged texture, which could then be emphasized through the application of slip. The technique is also autobiographically significant in that Shimaoka was the son of a cord-maker.

“The shapes are good, the patterns modest, there is no desire to be different rather than true, which is so common today. They give me a feeling of quiet faithfulness…” 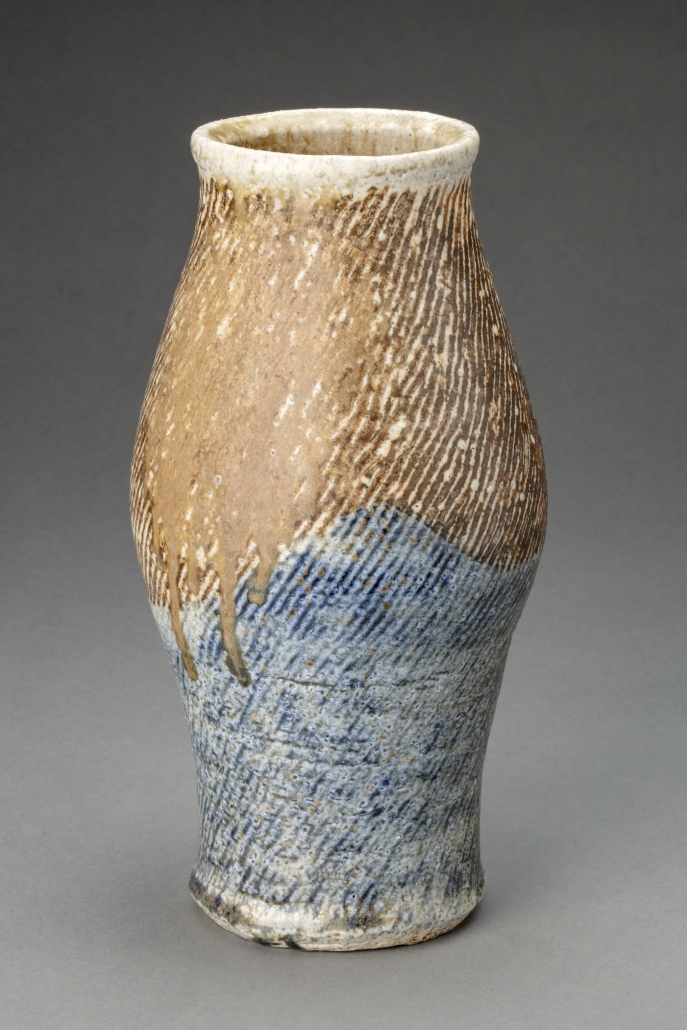