Contemporary realist painter, George Nick has lived in the Boston area and painted its architecture and urban scenes since 1969. He taught at the Massachusetts College of Art for over 30 years. Nick studied with Edwin Dickinson (1891-1978) at the Brooklyn Museum’s Art School and Art Student’s League in New York in the late 1950s. Enthusiastic about his instruction, Nick adopted Dickinson’s methods including the careful study of nature, working outdoors and learning to paint intuitively. He earned his Bachelor of Fine Arts from Yale University Art School in 1963, along with classmates Chuck Close, Janet Fish and Richard Serra.

Working exclusively from observation, Nick favors architectural and industrial subjects, which he renders in large scale, as with Maynard Spring. To create these works, Nick drives around Boston in an old green van that he converted into a studio on wheels, working directly on the street when he discovers a suitable subject. Inspired by the work of Paul Cezanne (1839-1906), Nick often begins his paintings with a blue-colored wash or under painting, creating a preliminary drawing with charcoal, which can be easily erased. The artist prefers to paint on location, as working from a studio seems static. Nick is adamant about following two rules when working: to paint exclusively from observation and to finish a work in one session contributing to the immediacy of the experience. Blurring the line between realism and expressionism, Nick has described his painting style as intuitive and inventive with its quick and large brushstrokes. Crisscrossing greater Boston and all of New England, Nick travels in search of inspirational subjects, from Charlestown to as far away as the mountains of Northern Vermont. Nick has exhibited at The Art Complex Museum, which led to the museum acquiring this painting for its permanent collection. 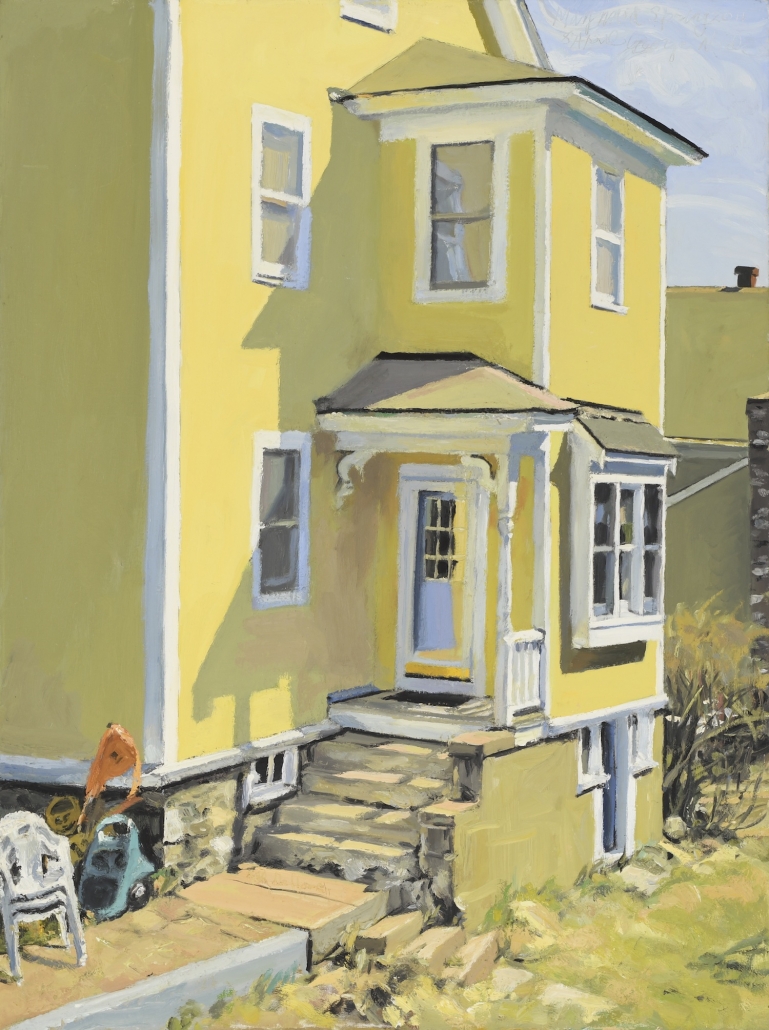