Typified by shallow depths with wide openings, summer tea bowls allow the drinker’s tea to cool on hot days. Kimura Morikazu made this summer tea bowl, which bears a precise and delicate imprint of a leaf against rich tenmoku glaze. The potter Kimura, specializes in tenmoku, a Chinese-style iron-glazed stoneware characterized by its dark color and distinct and varied effects.

Tenmoku tea bowls are inextricably associated with the Japanese tea ceremony, and like the ritual of drinking tea, the type of pottery dates back to China. Tenmoku ware has been produced as early as the Chinese Song dynasty (960-1276). In Japan’s middle ages, tenmoku tea bowls were imported by Japanese priests visiting China. By the end of the Kamakura Period (1192-1333) the custom of drinking tea had spread among the Japanese people, which subsequently increased the popularity of tenmoku tea bowls. This encouraged Japanese potters to meet growing demands and make tenmoku ware themselves. A sustained interest in this variety of wares, by both dedicated artists and admiring consumers, has ensured tenmoku is continuously produced centuries later.

The tenmoku glaze on this summer tea bowl, is dark and opulent, but its textural effects are subtle, complementing the impression of the leaf, which Kimura was able to capture in detail.  To make said impression, a leaf was actually laid on the glazed tea bowl before firing. Because the leaves curl in the kiln, this is a more difficult technique than one would think. 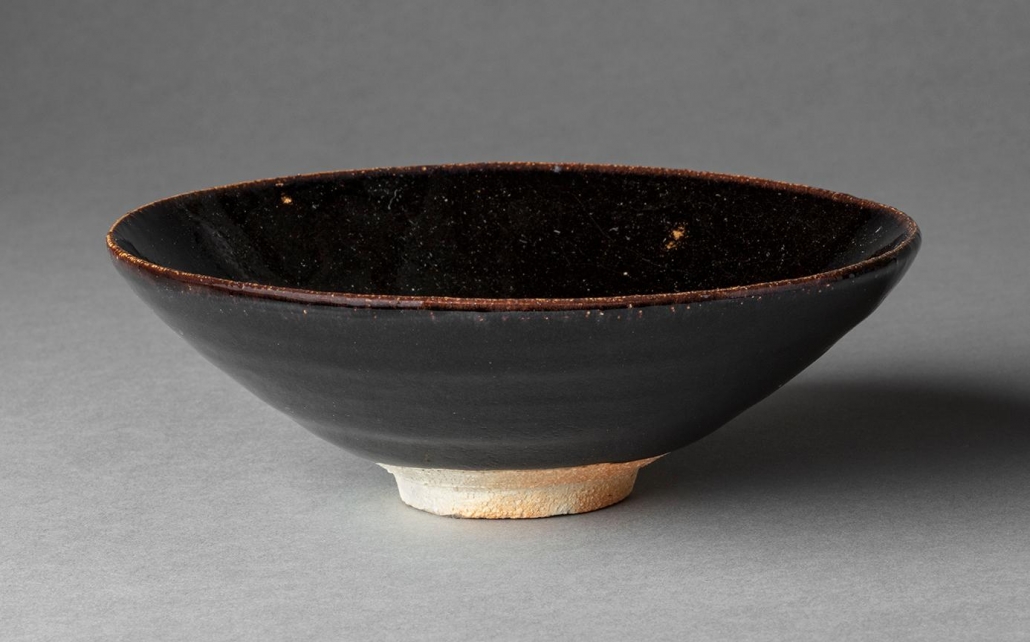