Artist Vivian Berman was among a small group of artists who studied with Donald Stoltenberg (1927-2016), a printmaker who explored collagraph methods in the late 1960s. These artists advanced the medium and helped it to gain recognition as a fine art form. For Poseidon’s Pocket Berman used silk scraps, aluminum foil, and matte acrylic medium to create a variety of textures within the single image. The print conveys such an authentic impression of the sea, one is tempted to dip their toes in! The artist’s abstract renderings of the sea, sky, and landscape often conveyed a sense of solitude.

Collagraphs are printed from collaged plates which are often made from a variety of recycled materials adhered to a rigid substrate. The materials are typically glued to cardboard to create a collaged image. In addition, plates can be coated with medium and incised or drawn into, underscoring the versatility of this printmaking method. The plate can then be sealed with shellac or an acrylic medium, inked and printed as an intaglio plate, a relief print, or as a combination of these inking techniques. Collagraph plates are not as durable as others, therefore collagraph editions are typically smaller.

Stoltenberg taught printmaking at the DeCordova Museum School in Lincoln, Massachusetts, where he and Berman first met. He simultaneously was an instructor at the Castle Hill Center in Truro, Massachusetts, the Cape Cod Conservatory of Music and Art, and the Falmouth Artists Guild on Cape Cod. In 1975 he authored two books, Collagraph Printmaking and The Artist and the Built Environment, both published by Davis Publications, Worcester, Massachusetts. During this time, he also worked with students privately in his studio at his summer home on Cape Cod.

Berman graduated from The Cooper Union in 1950. She taught at the De Cordova Museum School in Lincoln, Massachusetts, from 1981 to 1996, after taking classes from Stoltenberg in the 1970s. She also served as a docent at Harvard University’s Fogg Art Museum in Cambridge, Massachusetts, and as president of the Boston Printmakers, an international association of artists, from 1971 to 1976. Her artwork has been exhibited worldwide and is in the permanent collection of many museums, including the Art Complex Museum and the Library of Congress, Washington, D.C. 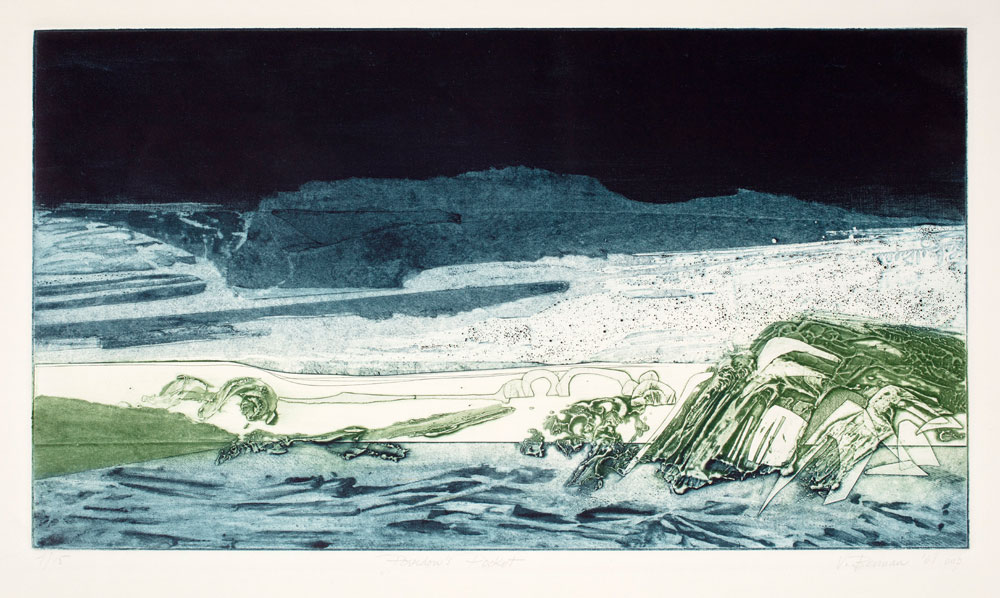