American artist George Gardner Symons was of midwestern descent and was associated with the Chicago and Pennsylvania schools of American Impressionism. He studied at the Art Institute of Chicago as well as in Munich, Paris and London before beginning his painting career in the United States. He learned to paint en plein air during a stay at an artist colony in St. Ives in Cornwall, England. Known for his New England winter landscapes, especially snow scenes in the Berkshire Hills, Symons worked to create convincing shadows on snow. The covered bridge was a typical New England landscape motif for Symons, with the late afternoon sun creating deep purple shadows in the snowy woodland setting. The warm tones in the foreground give way to cooler shades receding to the bridge. The diagonal line created by the five large trees draws the viewer’s eye across the composition to the farmhouses in the background.

Symons would make several trips back to Cornwall throughout his career, but the lure of California was strong and in 1903 he purchased land in Arch Beach where he built a home-studio. He divided his time between Laguna Beach and the Northeast from that point forward. Symons won the Carnegie Prize at the National Academy of Design and was commissioned by the Santa Fe Railroad in 1914, to paint scenes of the Grand Canyon to be used in their advertisements. 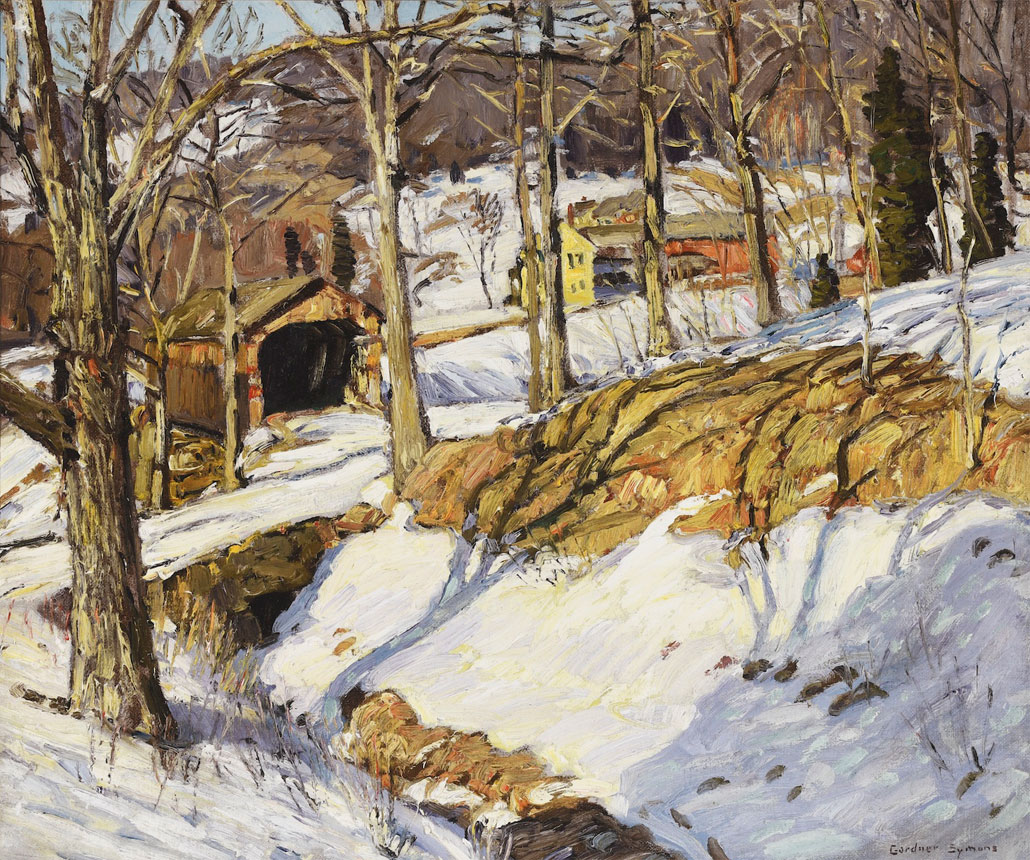