John James Audubon’s highly detailed depictions of birds and wildlife often began as life-sized watercolor sketches created on location or from specimens that he collected in the wild. For these works he used the largest paper available, known at the time as double elephant in the printing trade. Marsh Tern (1827-1838) was created on this paper and later translated to a hand-colored engraving by well-known London engravers Robert Havell Jr. and William Lizars.

In his notes on the Marsh Tern, Audubon commented:

The bird did not extend its migrations eastward along the shores beyond New England; which will be understood by those who know its rocky shores afford them no place to obtain food. But, from what I know of the extraordinary power of flight of this bird, I am not at all surprised at its being found in Europe, any more than I should be to find it cosmopolitan.

Audubon was inspired by the natural world, especially the birds and quadrupeds of North America, which he chronicled during his lifetime. Born in Les Cayes, Haiti (formerly Saint Domingue), Audubon’s family moved to France when he was four-years-old and he began sketching the birds and wildlife of France as a teenager. He later studied drawing in Paris. In 1803, at the age of eighteen, he was sent to Pennsylvania to manage his father’s estate. After a series of failed business ventures, Audubon went bankrupt and his only remaining possessions included his clothes, a gun and his bird drawings.

After a short engagement as a taxidermist for the Cincinnati Museum from 1819 to 1820, Audubon set his sights on publishing his bird drawings. In London he found a publisher for his four-volume series of life-sized bird portraits, The Birds of America. The expansive volume was the culmination of Audubon’s life’s work as a naturalist and artist, having depicted every North American bird species in 435 plates. After its publication, Audubon returned to the United States in 1831 as its most accomplished naturalist. 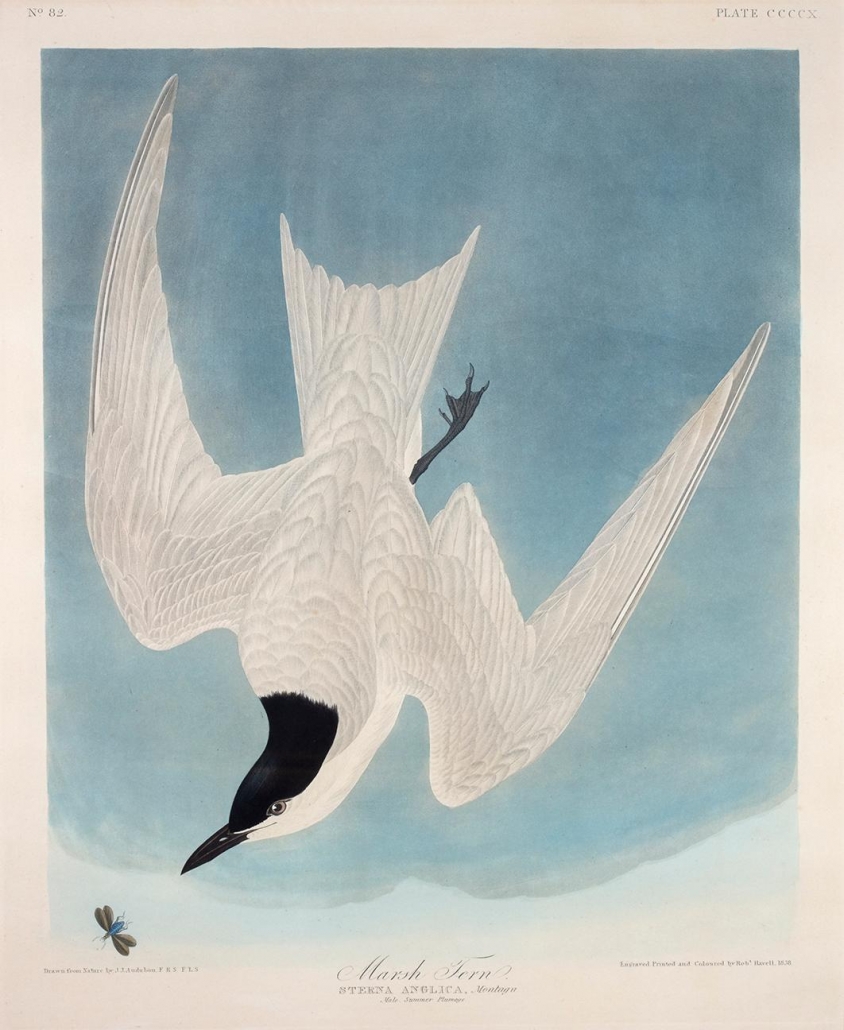