American sculptor Donna Dodson’s Hippo Goddess, in the permanent collection of The Art Complex Museum, was created in 2013. Made from locust wood, the sculpture was included in the Wood as Muse exhibit that Dodson co-curated with Andy Moerlein at the ACM in 2017.

Dodson has been carving images out of wood for nearly 20 years. Her sculptures explore feminine beauty and evoke humor and playfulness as well as grace, power and emotional strength. Her unique vision celebrates the mystical relationship between animals and the human spirit that have existed since ancient times. Her figures are almost always female and range in size from the intimate to the monumental. Hippo Goddess “stands with her mouth wide open as if releasing her inner demons through an agonizing cry,” according to Dodson.

The artist stylizes each piece to enhance the girl, woman, princess, queen or goddess taking inspiration from ancient iconography and mythological imagery. “Because there were no icons of women in the church that I grew up in, my vision is to create them in wood. The natural grain of the wood interacts with the form and shape of her sculptures in a descriptive way, suggesting [body parts] or garments and fabric textures,” said Dodson.

Dodson has been honored with solo shows nationwide since her first exhibit entitled “Mermaids,” at the New Bedford Museum of Art in 2016. She has won grants from the Massachusetts Cultural Council, the New Hampshire Guild of Woodworkers and the George Sugarman Foundation. Dodson is a graduate of Wellesley College. 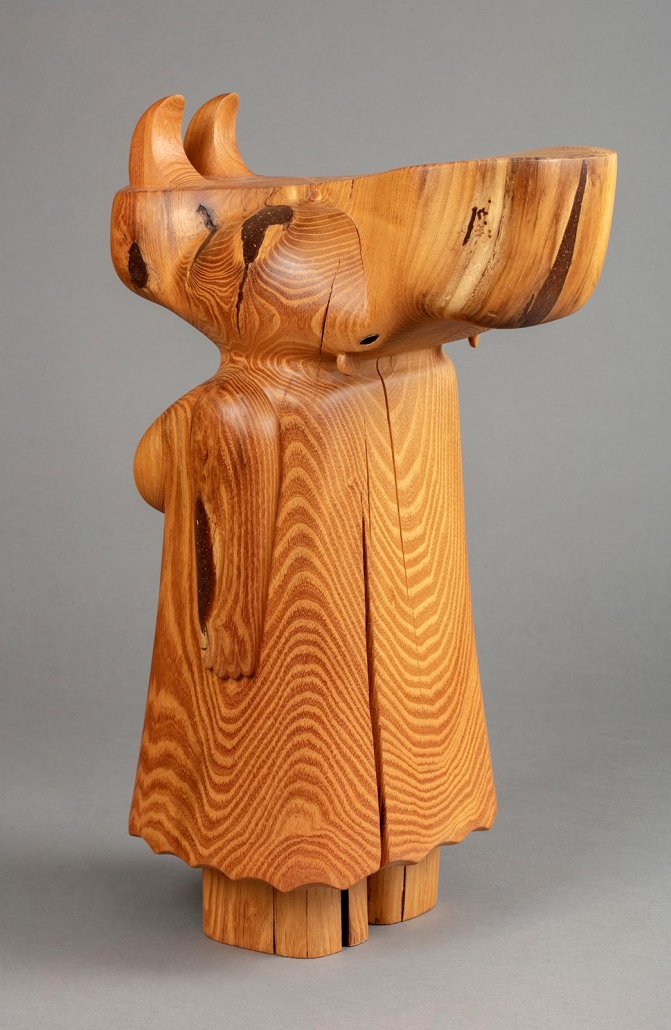