In 1936, Life Magazine named American artist Charles Burchfield one of America’s ten greatest painters. During his career he completed several major bodies of work that brought him widespread acclaim, including expressive watercolors (1916-1920s, after he left Cleveland School of Art), Regionalist cityscapes and industrial scenes (1920s-1930s), and from the mid-‘40s on, his works resurrected his earlier expressionistic style of painting nature.

Young Elm is an example of a later work and although it doesn’t fit neatly into the aforementioned categories, it is representative of Burchfield’s return to nature painting. He initially adopted watercolor as his primary medium, as it was “pliable and quick” and suitable for working en plein air. Its fluidity also softened the artist’s often-staccato signature brushstrokes. In some cases, Burchfield literally expanded his paintings by attaching blank strips of paper to the borders to enhance his images.

In World War I the artist served as sergeant in the Camouflage Corps, creating camouflage artillery pieces.  From 1921 to 1929, he worked as a wallpaper designer for M.H. Birge and Sons Wallpaper in Buffalo, New York. These jobs along with his interest in the transcendentalist movement and the travel journals of John James Audubon (1785-1851), with whom he closely identified, heavily influenced his approach to painting and contributed to his uniqueness as an artist. 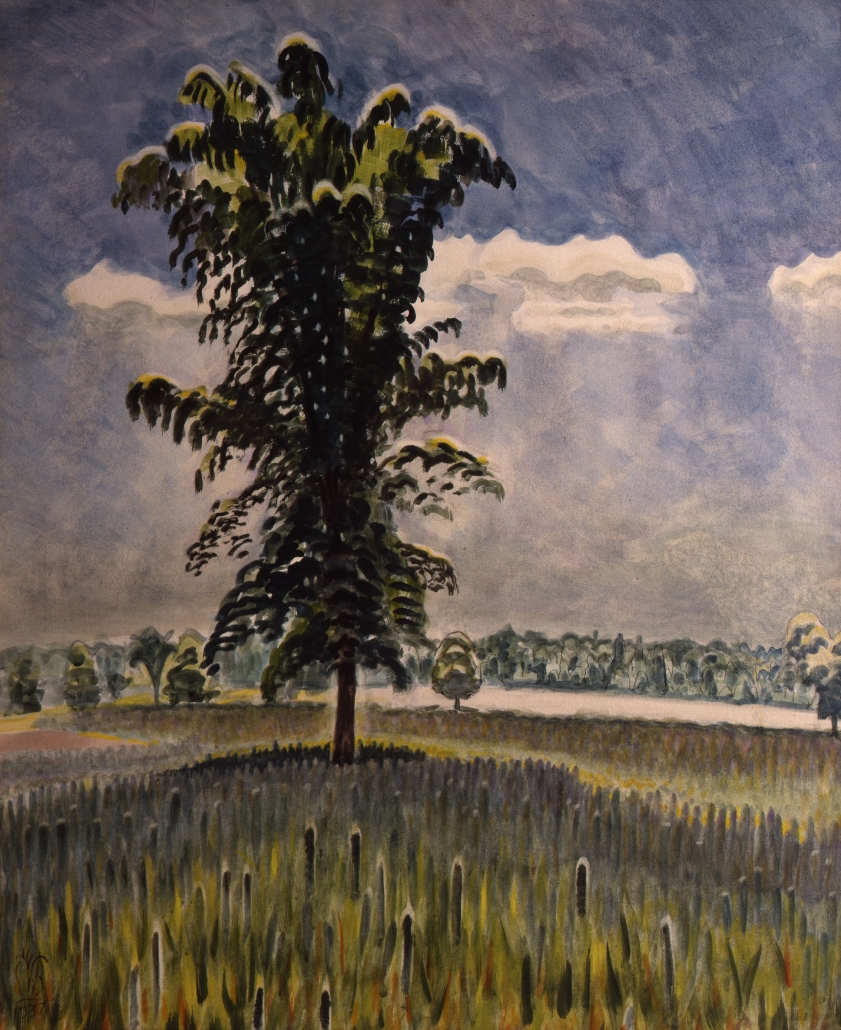