American artist Thomas Moran, who was born in England, is best remembered for his idealized views of the American West. In 1871, he was invited to chronicle Ferdinand Hayden’s Geological Survey Expedition to the Yellowstone territory. Moran was greatly inspired by the landscape of the Grand Canyon and Yellowstone and his paintings helped influence the United States Congress to designate the region as a National Park (1872).

Moran and his family moved to New York City that same year, and the artist joined the ranks of the National Academy of Design, the American Watercolor Society and the New York Etching Club. Six years later, Moran visited the rural village of East Hampton, Long Island, which reminded him of his native home in the English countryside. He made several visits to East Hampton and purchased land in the center of town on which to build a summer home and studio. Inspired by the local scenery, he painted its beaches, marshes, houses and fields, a departure from his majestic views of the American West. Moran’s Long Island pictures, including Near Easthampton, NY, were smaller and more nostalgic and pastoral in nature, harkening back to John Constable’s (1776-1837) influence, early in his career. 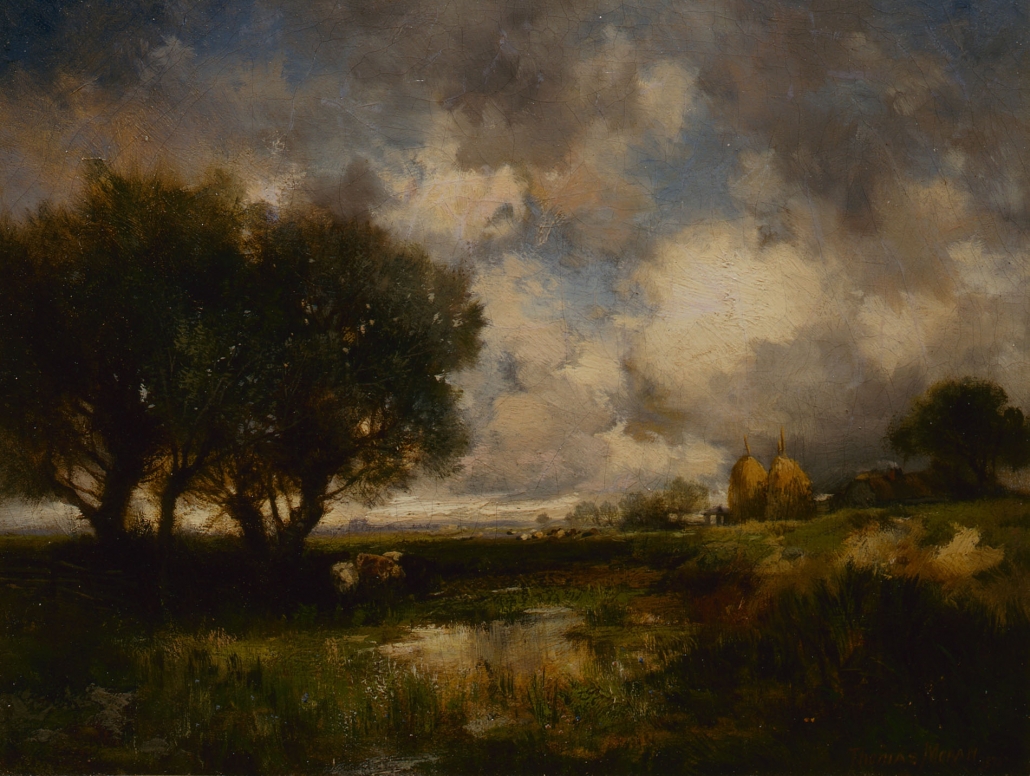