A ritual practice of preparing and drinking tea, the Japanese tea ceremony is a symbol of Japanese formality and spiritual aestheticism. The ritual is known in Japan as “chanoyu,” which literally translates to “hot water for tea.” Traditionally, it would be practiced in a specialized space called a tea house, designed specifically for tea ceremony gatherings.

The Art Complex Tea House, Sho-fu-an or “Wind in the Pines” was designed by Sano Gofu and built in Kyoto, Japan in 1969. It was reassembled at the museum in 1975 under the direction of Yasahiro Iguchi of the Museum of Fine Arts, Boston. It is a sanjo daime (3 and ¼ mat) hut with two doors (one for service and one for tea) and a daime tokonoma or alcove.

Sho-fu-an is dedicated to Kojiro and Harriet Tomita, long-time friends of museum co-founders, Carl and Edith Weyerhaeuser. Greatly influential in promoting Asian art and cultural interchange during his lengthy career at the Museum of Fine Arts, Kojiro Tomita had become a close advisor of the Weyerhaeuser family in collecting important art from Japan and China.

The Tea Garden, or roji, is intended to prepare the body and mind for the tea ceremony by bringing visitors closer to nature. The Art Complex Museum roji is adapted to accommodate the many viewers of the ceremony and includes important features: stones, lantern, water basin, stepping-stone pathway, and simple plant material.

Ceremonies begin at 2:00 p.m. and admission is free. All are welcome on a first-come, first-served basis. 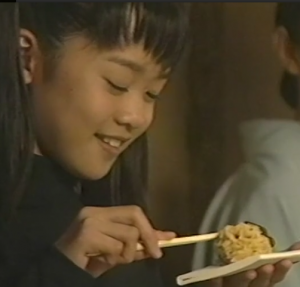 We invite you to view “An Invitation to Tea,” a film about a young girl attending her first tea ceremony with her mother. This tranquil film explains the key principles and procedures in “chado,” the way of tea. This was filmed in Japan to commemorate the 50th Anniversary of the Urasenke Foundation, and produced by the Urasenke Foundation Chado Urasenke Tankokai, Inc.  To view the video, click here.