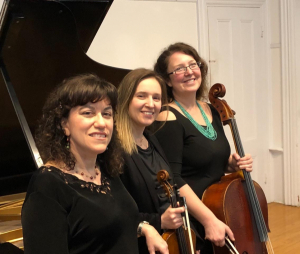 The idea for the Zefira Trio grew out of striking and instinctive rapport between pianist Eleanor Perrone and cellist Ashima Scripp, a rapport enhanced by the addition of violinist Olga Patramanska-Bell. 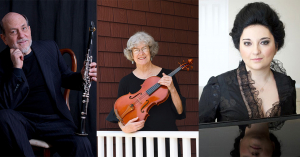 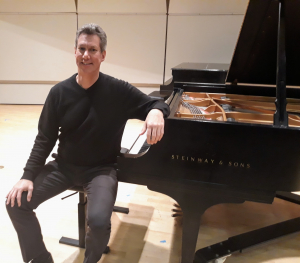 Mark Valenti received his Master of Music from Northwestern University, Bachelor of Music from the Philadelphia Musical Academy, and has studied with such notable teachers as Benjamin Whitten, Zoltan Kocsis and Mary Sauer. In addition to giving solo recitals in cities throughout the U.S., Mr. Valenti has performed in France, Belgium, Hungary, and Luxembourg as well as for former First Lady Barbara Bush in Washington, D.C.

Mark Valenti has performed recitals live on WFMT classical radio. He has also done extensive work in the Jazz field including performances with Gregory Hines, Frank Foster, and Al Grey and has appeared on television with Joe Sudler’s Swing Machine and singer/actor Christopher Durham. 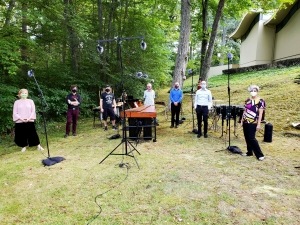 The Chameleon Arts Ensemble, a Boston-based group of musicians, approached the museum mid-summer 2020, looking for a place to record a chamber music program outdoors. The concert would be filmed at social distance, without an audience. Their intention was to stream the performance later in the fall, as part of their visual concert season.

They spent two days at the museum, recording out on the museum grounds. The concert, titled “communing with nature,” includes:

The result is an intimate dialogue between people, music, and nature.

To learn more about the Chameleon Arts Ensemble, visit their website at www.chameleonarts.org.